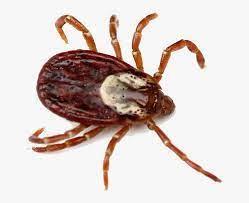 Ticks are lurking in Northern California woodlands and beaches. Here’s what you need to know

With spring in full swing and summer on the way, nature lovers throughout Northern California are hitting their favorite parks, trails and coastal bluffs. But hikers beware: It’s peak season for some of the state’s disease-carrying ticks.  “Right now would be the time of year when you might be at higher risk of having one of these human-biters get on your clothing,” said Bob Lane, professor emeritus of medical entomology at UC Berkeley, who has been studying ticks in California since the 1970s.

California is home to 48 species of ticks, the puny invertebrates known for attaching to animals — sometimes humans — to feed. In some cases, as the parasites slowly gorge on the blood of their host, they will transmit bacteria, protozoans or viruses that can infect the host, most notably with Lyme disease, which can be serious and debilitating.

Lyme disease, which is much more common on the East Coast, is an “uncomfortable but highly treatable disease,” according to the Bay Area Lyme Foundation. However, it can be difficult to diagnose, and if it goes untreated, it can produce “crippling” joint and muscle pain, cognitive impairment, nausea and cardiac and respiratory issues, according to the nonprofit. Ticks can also transmit microbes that cause Rocky Mountain spotted fever, tularemia and human granulocytic anaplasmosis, among other diseases.

Of the local tick species, six are known to regularly attach to humans as they seek out sustenance, but only immature ticks known as nymphs and adult female Western black-legged ticks transmit the bacteria that cause Lyme disease. California usually has fewer than 100 reported cases of Lyme disease each year, Lane said.

While the risk of contracting a serious tick-borne illness isn’t particularly high on the West Coast, it’s not something you want to risk, Lane said. People should make every effort to steer clear of the arachnids, especially in places where Lyme cases are more prevalent, such as northwestern California and the northern Sierra.

Here are 10 facts and tips that could help you avoid ticks — and the diseases they may carry — on your next outdoor adventure.